War on Drugs: Report of the Global Commission on Drug Policy 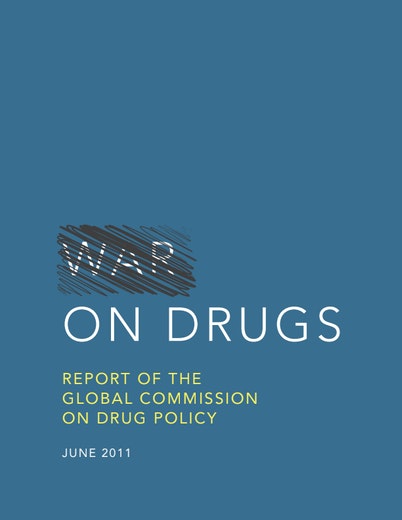 On June 2, the Global Commission on Drug Policy, a grantee of the Open Society Foundations, released a groundbreaking report condemning the drug war as a failure and recommending major reforms to the global drug prohibition regime.

The Commission is the most distinguished group of high-level leaders to ever call for such far-reaching changes, including alternatives to incarceration and greater emphasis on public health approaches to drug use, but also decriminalization and experiments in legal regulation.

The executive director of the global advocacy organization AVAAZ, with its nine million members worldwide, presented a public petition in support of the Global Commission’s recommendations that has been signed by over 600,000 people and given to the United Nations Secretary General.

“Fifty years after the initiation of the UN Single Convention on Narcotic Drugs, and 40 years after President Nixon launched the US government’s global war on drugs, fundamental reforms in national and global drug control policies are urgently needed,” said former president of Brazil Fernando Henrique Cardoso.

The Commission’s recommendations are as follows: