At What Cost? HIV and Human Rights Consequences of the Global "War on Drugs" 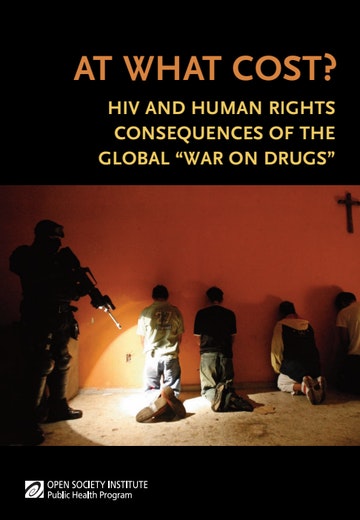 A decade after governments worldwide pledged to achieve a "drug-free world," there is little evidence that the supply or demand of illicit drugs has been reduced. Instead, aggressive drug control policies have led to increased incarceration for minor offenses, human rights violations, and disease.

This book examines the descent of the global war on drugs into a war on people who use drugs. From Puerto Rico to Phnom Penh, Manipur to Moscow, the scars of this war are carried on the bodies and minds of drug users, their families, and the health and service providers who work with them.

The following topics are included in this volume: