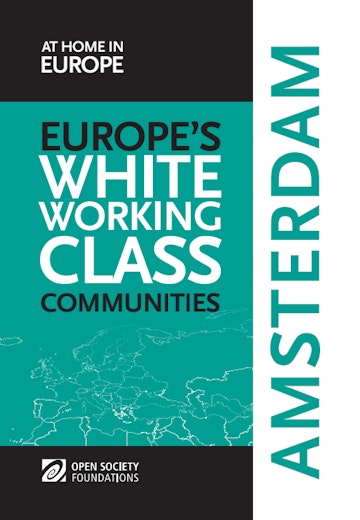 White Working Class Communities in Amsterdam explores the experiences and concerns of segments of the majority population in the borough of Amsterdam-North, in the neighborhoods of Tuindorp Buiksloot and Floradorp. Both began as housing projects for working class people in the early 20th century. The developments, known as garden cities (Tuindorpen), were based on the idea that decent housing with plenty of light, fresh air, and green surroundings would improve the social and individual well-being of the inhabitants. Today, Amsterdam-North remains a traditional working class, and relatively isolated, area of Amsterdam where residents have lower than average incomes and levels of education.

This report focuses on seven areas of local policy—employment, education, health, housing, political participation, policing, and the media—as well as broader themes of belonging and identity. It is one of a series providing ground-breaking research on the experiences of a section of the population whose lives are often caricatured and whose voices are rarely heard in public debates on integration, social cohesion, and social inclusion. Through a comparative lens, the project seeks to highlight parallels and differences in policies, practices and experiences across the European cities.

Voices from the White Working Class Community in Amsterdam