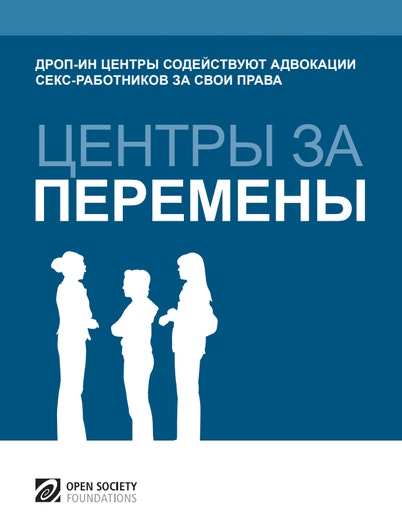 Drop-in centers are often the only places where sex workers can access health care, legal counseling, and other direct services. They also provide a safe space for sex workers to congregate, document abuses, and mobilize for advocacy. The role of drop-in centers is critical given the extreme and rampant violations of sex workers' human rights in most places around the world. Common violations include physical and sexual violence, unsafe and unjust working conditions, extortion, and lack of access to justice, health care, social welfare, and other services.

The Open Society Foundations interviewed staff from seven drop-in centers in six countries in Central and Eastern Europe and Central Asia to learn about the array of services offered, and the role these centers play in the development of human rights advocacy movements led by sex workers. The findings, compiled into the report Centers for Change, indicate that funding such centers can be an effective strategy toward supporting activism by sex workers to change the laws, policies, and practices that violate their human rights.

The recipient of the International AIDS Society’s inaugural Prudence Mabele Prize, Duduzile Dlamini, is a reminder to the world that the rights of women and girls cannot be treated as an obstacle to public health.