Excerpts from the U.S. Case against Teodorin Nguema Obiang of Equatorial Guinea 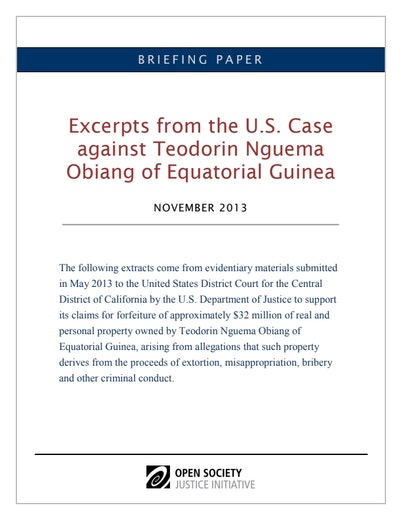 The following extracts come from evidentiary materials submitted in May 2013 to the United States District Court for the Central District of California by the U.S. Department of Justice to support its claims for forfeiture of approximately $32 million of real and personal property owned by Teodorin Nguema Obiang of Equatorial Guinea, arising from allegations that such property derives from the proceeds of extortion, misappropriation, bribery and other criminal conduct.