Gun Control in the United States 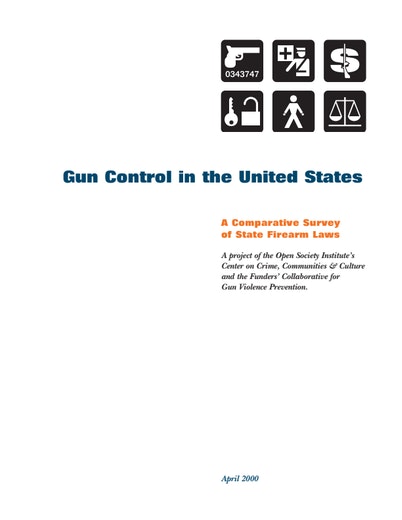 This report is the first comprehensive state-by-state look at the gun laws in the United States. It concentrates on the states, because, even though federal legislation plays an important role, most gun laws are enacted at the state level.

The result is a detailed picture of the patchwork quilt formed by the U.S. gun laws. The report gives policymakers, the media, and the public an opportunity to compare their state with others and to consider specific reforms to prevent gun crime—trafficking, robbery, threats, assaults, homicides—unintentional injuries, and suicides by firearms.