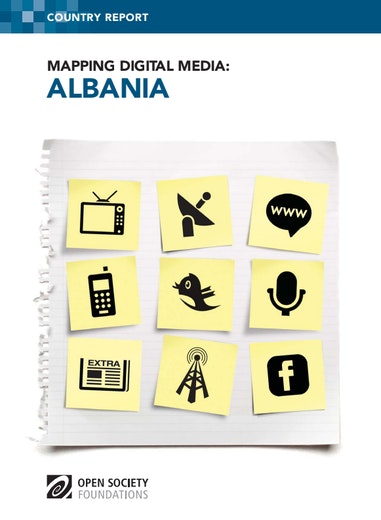 In Albania, digital terrestrial broadcasting has so far affected mainly the capital and other cities, while the rest of the country and especially the rural areas have hardly been affected due to insuffi cient coverage and lower economic capacity. Economic reasons, as well as delayed legislation, have contributed to the slow speed of digitization, and official allocation of the digital spectrum has yet to start.

In general, the dynamics of the digitization process as well as of the media market as a whole are difficult to assess due to the continuing lack of publicly available systematic and credible audience research. The explosive growth in internet access is, however, beyond doubt. According to the ITU, the percentage of the population with internet access rose from 0.1 in 2000 to over 43 in 2010. The number doubled between 2008 and 2010.

The report calls for the Digital Strategy to be finalized without further delay, and then implemented. Broadcasting regulation should be amended to bring it into full compliance with the AVMSD. The report also focuses attention on the need for government support to help the public broadcaster to catch up with the digitization process. Last but not least, the report stresses the need for improved working conditions in journalism, in order to discourage self-censorship, and for implementation of a code of ethics in the new media, in order to minimize slander and violations of copyright.