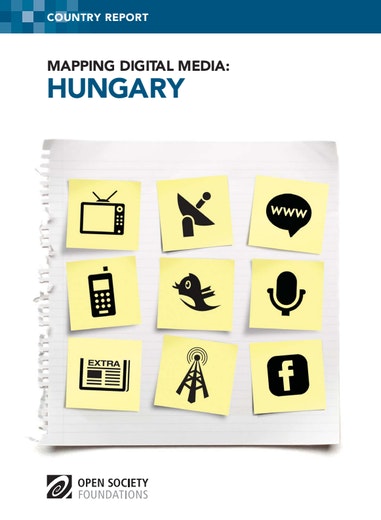 Media debate in Hungary has been dominated since mid-2010 by a new and far-reaching package of media laws, referred to collectively as the 2010 media regulation. Ostensibly enacted to bring the country’s legal framework into line with the needs of the digital era, these media laws have profound implications for nearly all aspects of this report—ranging from the conditions and timetable for the digital switch-over, to the availability of unbiased and diverse information, to journalists’ working practices.

Adding to the uncertainty generated by these laws are their frequent modifications; several websites and at least one organization have been created solely for the purpose of monitoring and recording the amendments.

One of the most significant and far-reaching changes introduced by the regulation is an overhaul of the public broadcasting system. Three separate public broadcasters have been consolidated into a single structure, creating a new supervisory body, the Media Service Support and Asset Management Fund, which took overall the broadcasters’ assets and most of their staff, and is responsible for producing public service programs.The directors of the broadcasters and of the fund are appointed by the Media Council.

All forms of expression are threatened by the new regulation’s broadening of all content provisions and applying these to “printed press materials” (including written products of daily print and online news portals), where spectrum scarcity does not exist to justify any content provisions beyond the bare minimum consistent with international norms.

Among the recommendations suggested by this report are the introduction of a new set of media laws, informed by extensive public consultation; reforming spectrum allocation policy to establish specific and transparent criteria; making the tender applications public; and taking spectrum allocation out of the hands of the media authority. Further recommendations include the abolition of the registry of online media outlets introduced by the 2010 law, and a full provision on source protection, significantly broadening the December 2011 ruling by the Constitutional Court.