Open Society News: Dream and Reality—Searching for Racial Justice in the United States 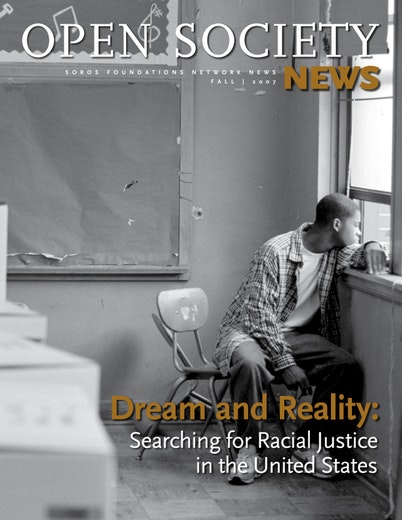 Several decades have passed since the civil rights movement compelled people in the United States to confront pervasive, systematic racism. Yet race continues to influence many of the social and legal injustices that riddle American society. Slavery and racial segregation systems like Jim Crow are gone, but the impact they have had on people of color are now reproduced through seemingly neutral processes and policies that yield unjust outcomes based on race. As a result, many Americans are living, working, and learning in environments that are just as separate and unequal as they were decades ago.

As the conclusion of a two-part series about international and U.S. justice issues, this issue of Open Society News examines the politics and policies that have eroded efforts to fight discrimination and foster diversity in the United States. It also provides examples of how racial justice advocates are responding by revising their use of traditional institutions and allies and developing new strategies to challenge resurgent segregation.

The Open Society Institute, particularly its U.S. Justice Fund, is dedicated to revealing how racism currently works and helping people confront it—whether it be the unequal treatment blacks and whites receive in a supposedly neutral legal system; education and development policies that undermine access to good schools and housing for people of color, or a new tide of racially tinged xenophobia that seeks to deny rights and the possibility of citizenship to millions of hard-working undocumented immigrants.