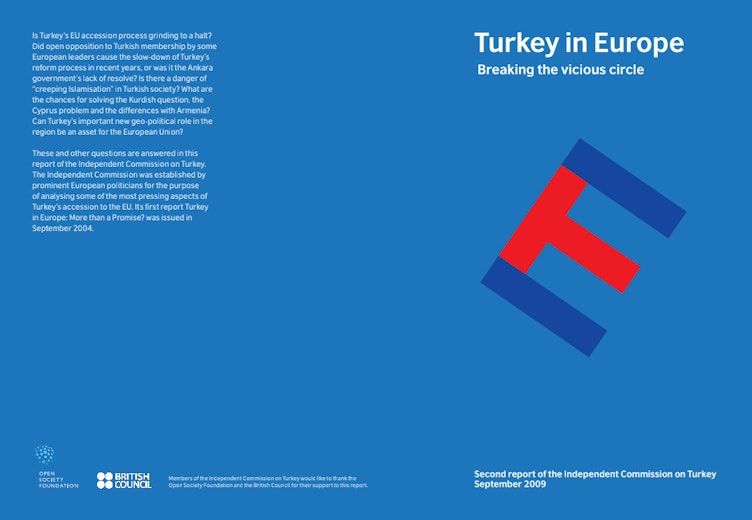 Turkey in Europe: Breaking the Vicious Circle, the second report of the Independent Commission on Turkey, analyzes the key developments in EU-Turkey relations and puts forward concrete steps necessary to revive negotiations.

The Independent Commission on Turkey is convinced of the huge benefits of Turkish convergence with Europe and an eventual EU membership of a transformed Turkey, both for the country itself and the European Union. Despite a promising start to negotiations in 2004, the process has developed a vicious circle: continued negative comments by European political leaders, combined with growing public hesitation about further EU enlargement, have deepened resentment in Turkey and slowed the necessary reforms.

The report argues that this vicious circle must urgently be broken, in the interest of both Turkey and the EU. European governments must honor their commitments and treat Turkey with fairness and the respect it deserves. On its side, Turkey has to re-engage in a dynamic, broad-based reform process, thus confirming that it is willing and serious in its ambition to join the EU.

III. A new urgency in Cyprus

V. Turkey and its region

The Independent Commission on Turkey is supported by the Open Society Foundation–Turkey.