BALKA: Women, HIV, and Drug Use in Ukraine 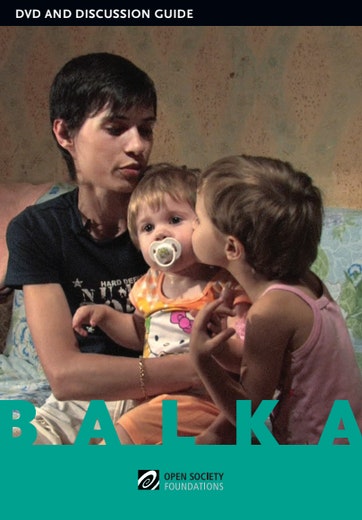 The fall of the Soviet Union led to a surge in injecting drug use and skyrocketing rates of HIV spread through shared injecting equipment. A documentary film directed by Anya Meksin and Leeza Meksin and produced by Sophie Pinkham, Balka details the lives of women struggling with drug use and HIV in Ukraine.

Through the course of the film the audience meets Zina and Marina, best friends and active drug users about to discover their HIV status; Tanya, HIV-positive mother of two who is receiving drug treatment but whose husband continues to use drugs; and Galya, a former user who now works as a peer-to-peer outreach worker.

Due to this complex subject matter, it is highly recommended that any screening of Balka include an informed group discussion of its major themes. Attached, find a viewing guide in both English and Russian intended to facilitate such conversations by providing background information for discussion leaders about the questions the film raises on women, drug use, and HIV.

Balka was made with the support of the Open Society Public Health Program's International Harm Reduction Development Program as well as the Institute of International Education's Fulbright Program.